Wine Business Institute Board of Directors

The Wine Business Institute Board of Directors offers senior industry expertise to guide the Institute's work, expand deep connections with all aspects and regions of the wine industry, and ensure the Institute's long-term sustainability.

Gary Heck - Board Chairman
President & Owner, Korbel Champagne Cellars
Gary Heck is the owner, President, and Chairman of Korbel Champagne Cellars. Heck was appointed as the President in 1982 and has continued the legacy of his father, Korbel's previous owner. Heck grew up in the champagne-making business and now produces the leading premium champagne in this country. Learn more about Gary Heck. 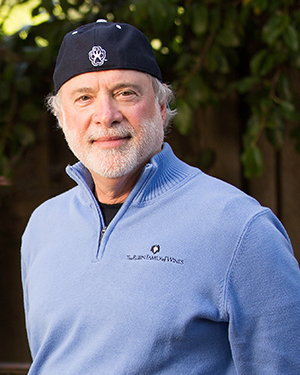 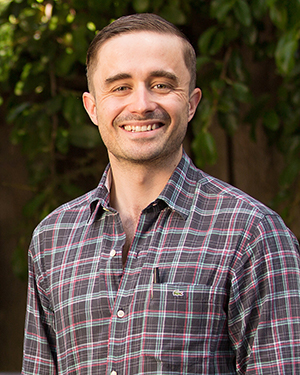 George Hamel - Board Vice President
Managing Director, Hamel Family Wines
George has overseen the financial, sales and business operations of Hamel Family Wines since 2011, although he has been actively involved in his family business for 30 years. Prior to joining his family business, George was a Financial Advisor with the Private Wealth Management Group of Wells Fargo Advisors in New York City and Palm Beach. Learn more about George Hamel III. 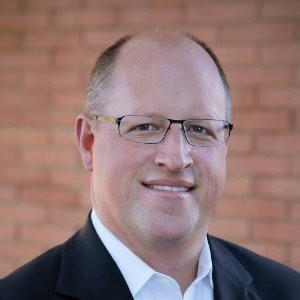 Kaj Ahlmann
Proprietor, Six Sigma Ranch & Winery
In 2000, Kaj Ahlmann and his wife purchased a 4,300 acre ranch in Lake County and named it Six Sigma Ranch. The release of the first wine under the label, Six Sigma Ranch, was celebrated in 2006. Kaj Ahlmann applies the Six Sigma methods on this ranch in both the grape growing and winemaking processes, and continuously monitors and refines data at each stage. Learn more about Kaj Ahlmann. 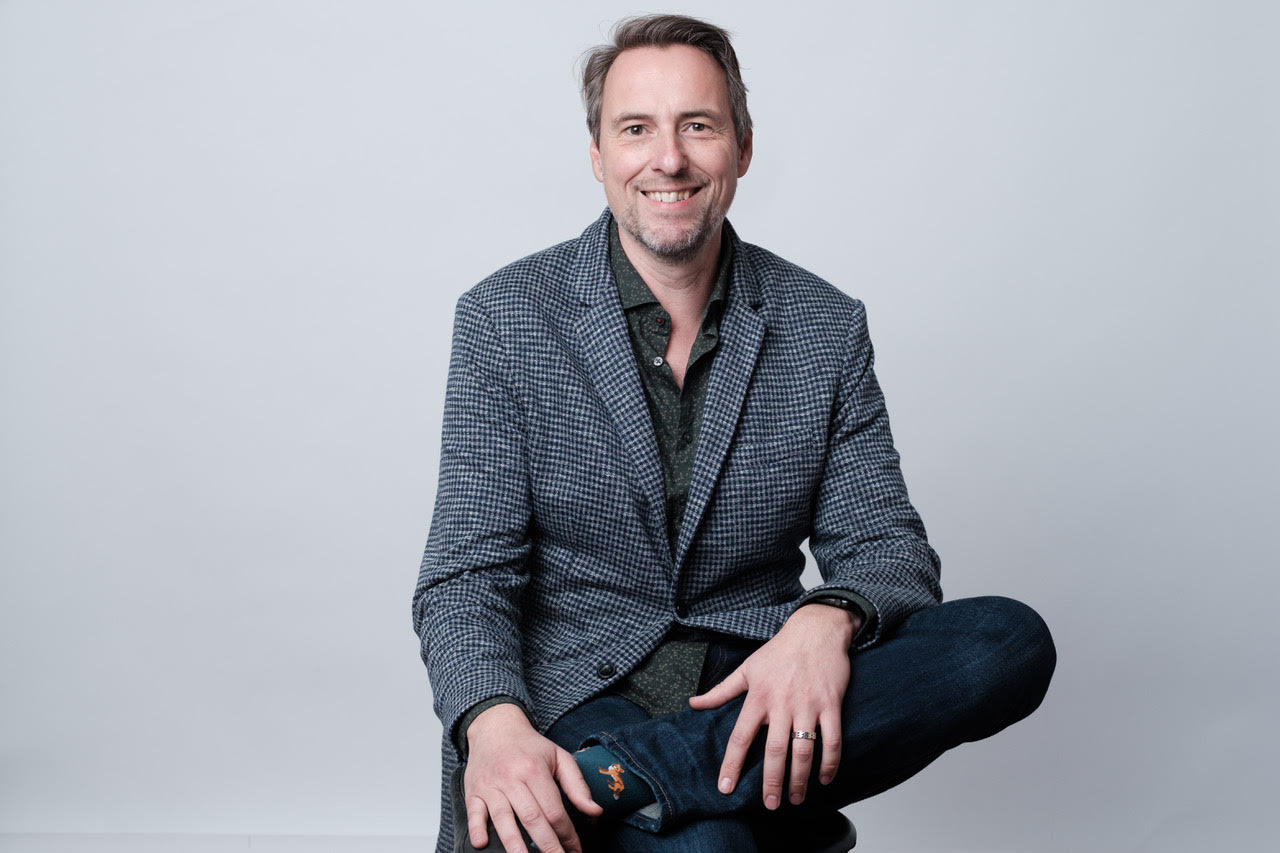 Jean-Francois Coget, Ph.D.​
Dean, School of Business and Economics
JF (Jean-Francois) Coget joined Sonoma State University as Dean of the School of Business and Economics on July 1, 2020. Prior to that, he served for 14 years at Cal Poly, San Luis Obispo as Associate Dean, Chair of the Management, Human Resources, and Information Systems Area, and Professor of Organizational Behavior. Learn more about JF Coget. 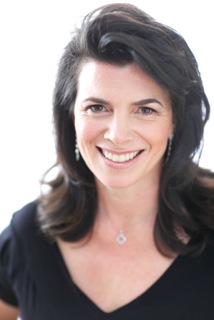 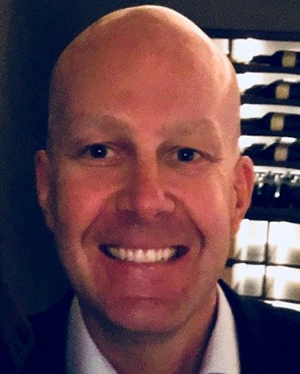 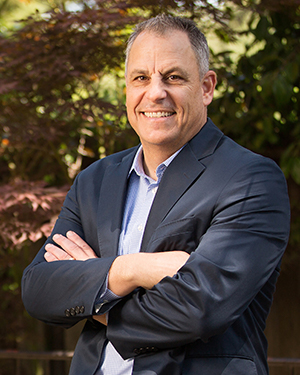 Chris Burt
Vice President & Managing Director West Division, Brown-Forman
Chris heads up sales and marketing execution within the Western United States. Chris has been with Brown-Forman since 1985. Chris is an alumnus of Sonoma State University, has an MBA from the University of Phoenix, and is a graduate from the UCLA Anderson Executive Program in Management. Learn more about Chris Burt. 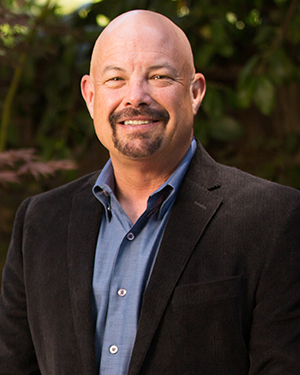 Brian Clements
Vice President/Partner, Turrentine Brokerage
Brian Clements, who has negotiated over half a billion dollars worth of wine grape contracts during the last twenty-five years, is well-rooted in the agricultural side of the wine business, with all of its complexity and constant changes. Brian is Vice-President and Partner at Turrentine Brokerage, where he manages an industry-leading team of grape brokers dedicated to helping brand owners fuel sales growth, growers find the best homes for their fruit and financiers manage risk and take advantage of supply cycles. Learn more about Brian Clements. 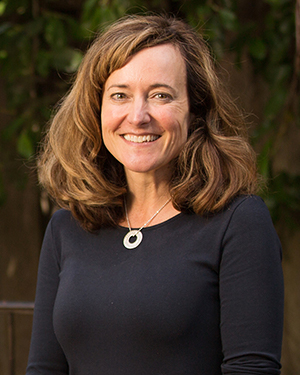 Mary Jo Dale
Marekting Director - the Americas, Vinventions
Mary Jo Dale honed her marketing expertise outside the industry via key positions including Director of Marketing for Westin Hotels & Resorts, Vice President Customer Marketing at AT&T Wireless and CMO for Gateway Computers. Over the last ten years, she has partnered with many leading wineries and wine companies to build advanced marketing programs including Kosta Browne, St. Francis, Gary Farrell, Crimson Wine Group and Treasury Wine Estates. In her current position with Vinventions, the world's leading supplier of wine closures, she is responsible for developing marketing programs and strategic partnerships in the Americas to benefit the wine industry. Learn more about Mary Jo Dale. 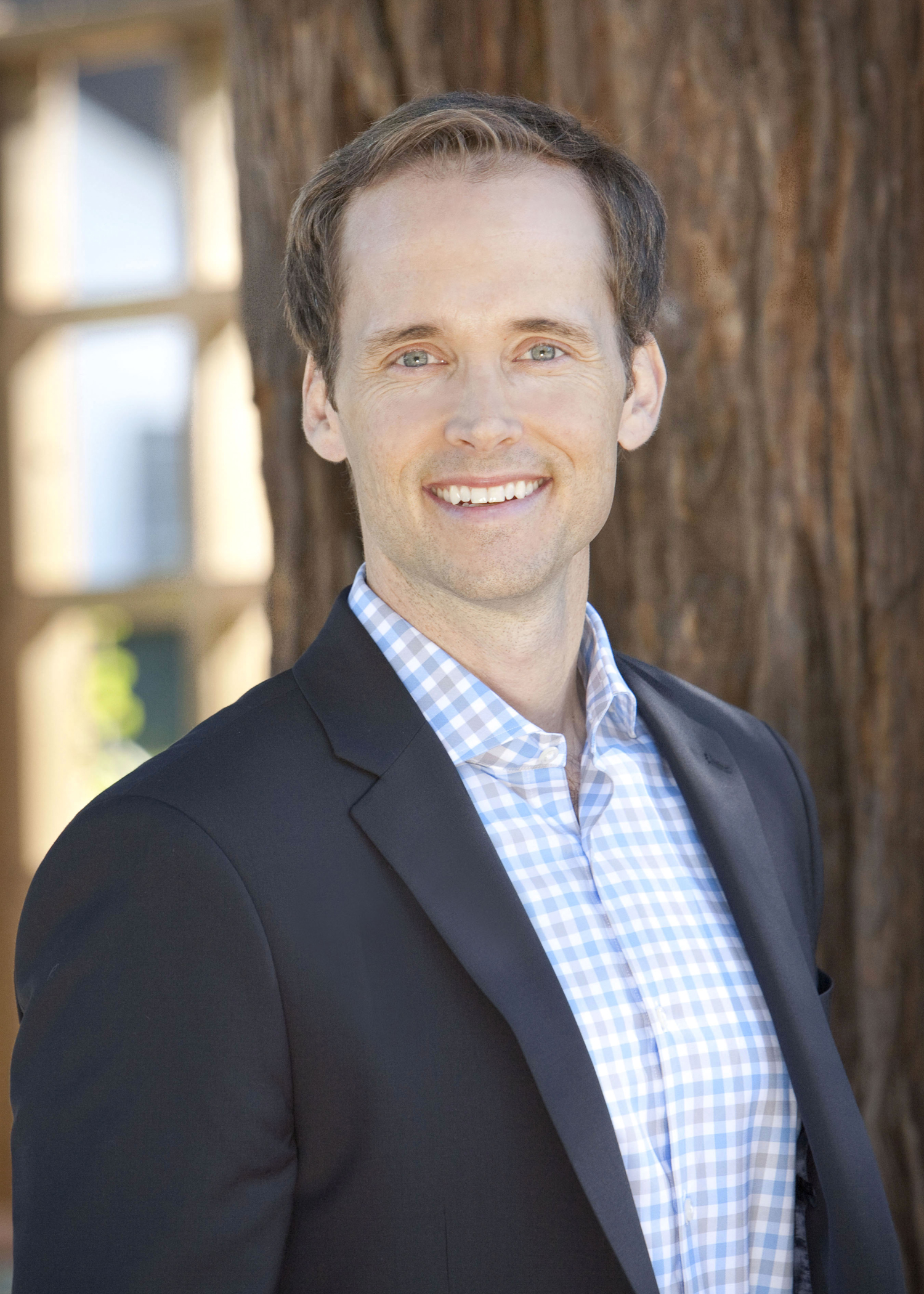 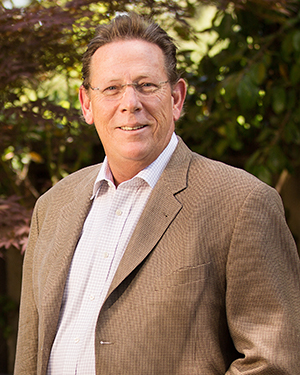 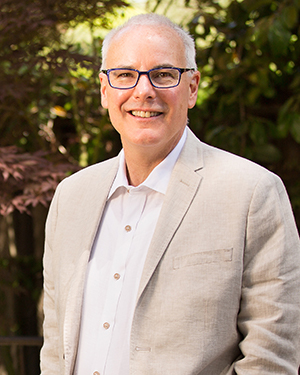 Ray Johnson
Executive Director, Wine Business Institute
As executive director of the Wine Business Institute at Sonoma State University, Ray's role includes organizational development and program execution as well as operational oversight of programs and events at the future Wine Spectator Learning Center. Previously his work in the VESTA alliance as well as with his company - TasteWine - has led to teaching seminars from San Francisco to New York. His international experience and network in Australia, Europe, Canada, and South Africa will connect students and alumni to wineries across the globe. Learn more about Ray Johnson. 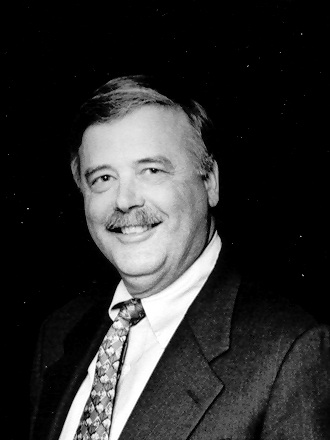 Walt Klenz
Vice Chairman, The Vincraft Group
Walt Klenz began his California wine industry career in 1973. In 1976, he was named Director of Marketing at Beringer Vineyards. Klenz held a number of senior marketing, financial and operations positions at Beringer until his appointment in 1990 as President. After Beringer was sold to Foster's Group in 2000, he headed Foster's global wine business. Klenz served on the Advisory Board of ASC Fine Wines from 2008 to 2010 and also serves on the Board of Directors of J. Lohr Winery and Columbia Sportswear Company. He is a past President of Napa Valley Vintners and a past Chairman of the Wine Institute.  Learn more about Walt Klenz. 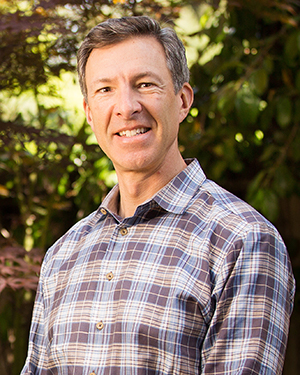 Erle Martin
Executive Vice President, Wholesale West, The Winebow Group
Erle Martin is a wine industry executive with over 25 years of experience. Erle has a demonstrated ability to recruit and build strong teams, resulting in exceptional performance. He turned both the Coppola and Crimson Wine Group entities into industry leaders with combined topline growth exceeding 5X. During his tenure at Crimson, he took the company public in 2013, which consistently traded at a premium to book value. Erle has served as President of the Stag's Leap District Winegrowers Association and has been active on several Napa Valley Vintners committees. Learn more about Erle Martin. 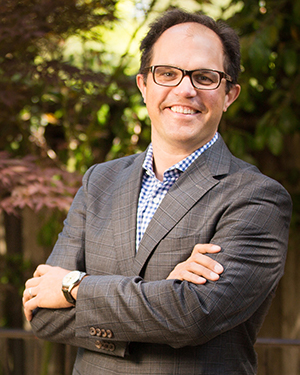 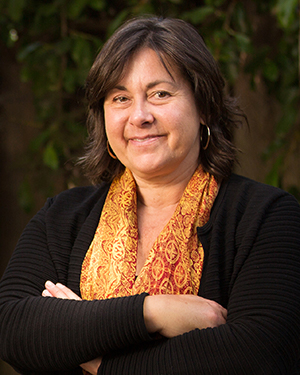 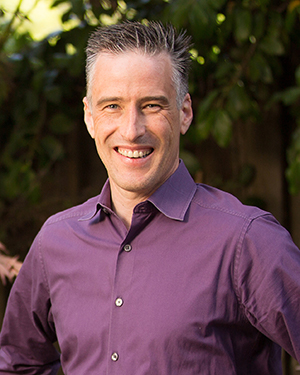 Michael Osborn
Founder and Vice President of Merchandising, Wine.com
Mike Osborn has been a pioneer in online wine retailing since founding Wine.com as eVineyard in 1998. Mike leads the company's efforts in merchandising its wine and gifts and holds key wine industry relationships worldwide. From 1992 to 1998, he held senior management roles as VP Sales and VP Marketing for CTR Business Systems, a software and systems integration business. In 1992, Mike merged his six-year-old software business he founded as a high school student, Expert Technology Corporation, with CTR. Learn more about Michael Osborn. 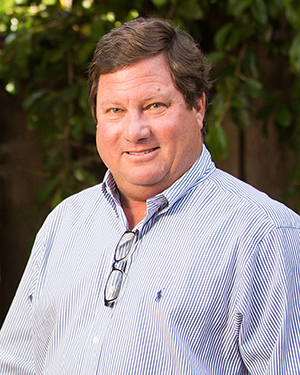 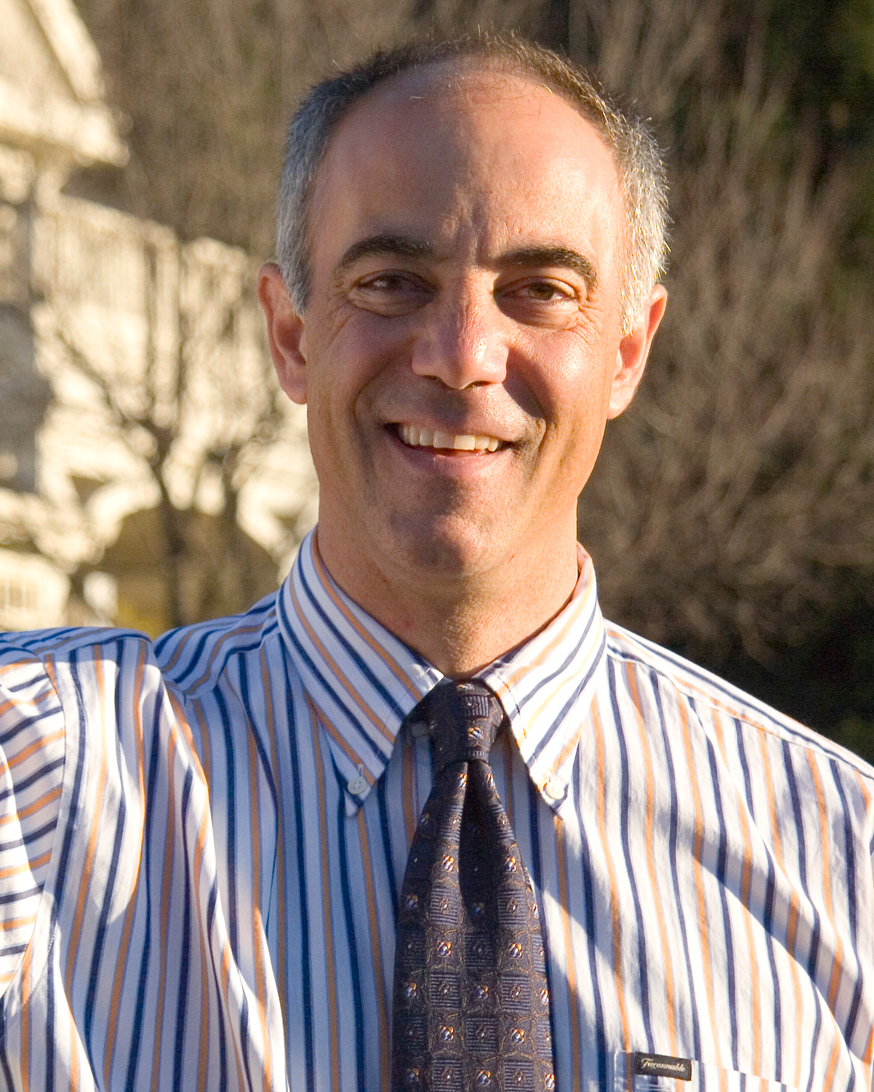 Alex Ryan
President & Chief Executive Officer of Duckhorn Wine Company
Since 1988, Alex Ryan's visionary leadership has been instrumental in establishing and growing Duckhorn Wine Company into one of the most highly respected and fastest-growing luxury wine companies in the industry. Alex started at Duckhorn as the vineyard manager, was made general manager and chief operations officer in 2000, and promoted to President in 2005, earning him a reputation as a "winemakers president", known for his commitment to quality from grape to glass. Learn more about Alex Ryan. 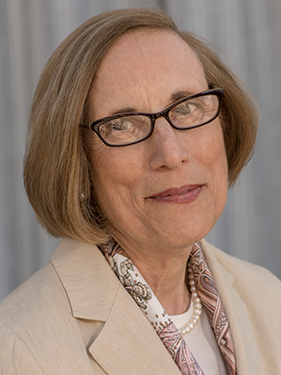 Barbara Talbott
Founder and CEO, GlenLarkin Advisors | Former CMO of Four Seasons Hotels
Barbara Talbott is a former Chief Marketing Officer for Four Seasons Hotels and Resorts. From 1989-2008 she led the effort which introduced Four Seasons to more than 30 new global markets and built a brand that is widely recognized as one of the world's most valued. In 2009 she founded GlenLarkin, where she advises CEOs and senior teams in hospitality and related industries. She helps executives create a competitive advantage through effective marketing and excellence in customer experience. She has received HSMAI's lifetime achievement award for marketing innovation. Learn more about Barbara Talbott. 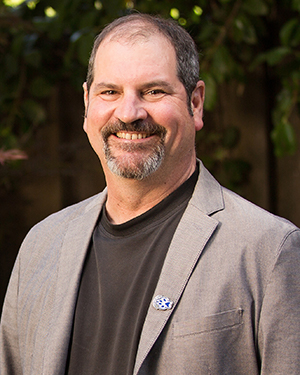 Douglas Thornley
Principal, Gould Evans
Douglas Thornley has developed a reputation for designing successful, award-winning winery projects in Napa and Sonoma Counties. As a Principal of Gould Evans, he is involved in every aspect of design for the firm’s winery projects, from concept design through construction.  He has been published in Wines & Vines and Practical Wines & Vineyards Journal and recently authored a chapter in the book “Strategic Winery and Tourism Management,” which was named by The Gourmand Awards as the national winner in the Best Wine Book Professionals category. Whether working with clients or jointly leading the San Francisco Studio, Douglas is a “hands-on” collaborator. Learn more about Douglas Thornley. 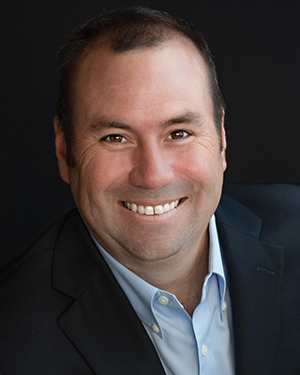 Prior to working for Constellation, Walker was a member of U.S. Senator Dianne Feinstein's staff in San Francisco, serving as a field representative and director of constituent services beginning in March 2000. He previously worked for the U.S. Department of Health and Human Services in the Office of Government Affairs and Elder Rights from 1996 through the end of 1999. A native of Wilkes-Barre, Pa., Walker earned a bachelor's degree in biology from the University of Scranton (Pa.) and a master's in public policy from American University in Washington, D.C.
Learn more about Michael Walker. 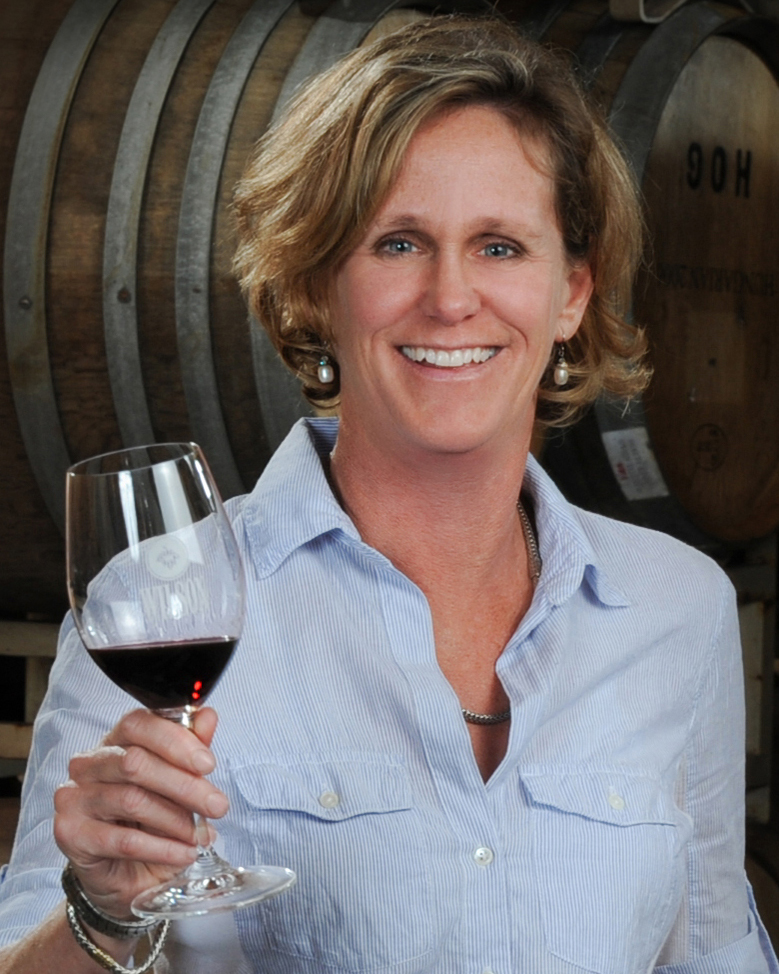