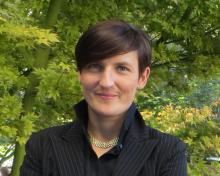 Using data on national parliamentary election outcomes in 32 OECD countries from 1975 to 2013, we investigate the importance of economic voting. We focus on the relevance of income inequality which has resurfaced to the forefront of public debate since the last global economic downturn. Additionally, we examine whether the degree of economic voting varies with the political orientation of the incumbent government. Finally, we check whether the Great Recession of 2008–2009 alters the degree to which voters hold the incumbent government, specifically left parties, responsible for poor economic performance and rising inequality. We find that economic growth is the most robust variable for economic voting, before and after the Great Recession. The vote share for left-leaning parties declines when income inequality rises during normal economic times. However, voters are more likely to vote for left-wing incumbents if domestic income inequality and unemployment rate rose during the Great Recession.