Credit Booms and Capital Surges: How Tight is the Relationship? 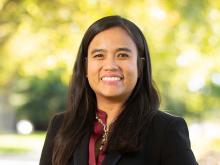 The purpose of this paper is to compare and contrast wine sales in neighboring franchise law and non‐franchise law states in order to determine impact on wine price, consumer choice, consumer satisfaction, and stakeholder perception.

The study used qualitative interviews with 14 wineries, distributors, and retailers, statistical analysis of Nielsen Scantrack data, and an online survey of 401 wine consumers in Georgia and Florida, USA.

Results show statistical proof that Florida offers more wine selection and lower wine prices on matching brands than Georgia. Qualitative interviews indicate wineries, distributors, and retailers perceive differences in wine choice, price, and overall operating costs in these two states. However, there was no statistical difference between a sample of 401 consumers from Georgia and Florida when asked about their satisfaction level with wine choice and pricing within their state.

Practical implications include the need for new wineries desiring to enter franchise law states to carefully research regulations and distributors before making a commitment, as well as the social issue of less wine choice and higher prices for consumers in Georgia versus Florida.

It has been frequently argued that surges in capital inflows are a major cause of credit booms and banking crises in emerging market economies. This view suggests that there is little role that can be played by domestic policy to break this linkage. This need not be the case. We show that the linkage between surges and booms is not as strong as is often assumed. One problem with most previous studies is that a wide range of measures for both surges and booms has been used with little checking of the robustness of results. We deal with this issue by replicating 14 different measures of capital surges (gross and net) and 5 credit boom proxies from the literature on a sample of 46 countries from 1981–2010. A second difficulty is that some previous studies have not distinguished between the proportions of surges followed by booms and booms preceded by surges. We found substantial differences between these two relationships. While there is a good deal of variation in the individual correlations the vast majority of the calculated probabilities of a surge being followed by a credit boom fall within the range of 4 % to 13 %. Although the proportion of credit booms preceded by surges is higher, the correlations for both directions are much lower than are frequently assumed. While the probabilities of a surge being followed by a credit boom generally increased from the 1980s to the 1990s they fell again in the 2000s, suggesting the possibility that authorities have become better at limiting the adverse effects of surges on domestic credit growth.