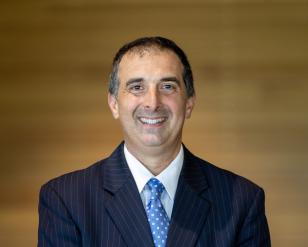 Dr. Robert Eyler is Professor of Economics at Sonoma State University, where he has been teaching since 1995. He earned a Ph.D. from the University of California, Davis in 1998. He earned a B.A. in Economics at CSU, Chico in 1992. Dr. Eyler also serves on the board of directors of Redwood Credit Union, a $9 billion nonprofit financial cooperative.   Robert also acts as interim Associate Vice President of Government and Regional Relations at Sonoma State University as of June 2022.

Dr. Eyler is the author of two books and several academic articles concerning economic sanctions, the economics of the wine industry, and monetary economics. He is often called up by the media for his expert input into the economic climate, has acted as an expert witness and forensic economist in tens of civil litigation. Robert has also assisted private firms and public entities to help guide public policy at the local and state level and has been a visiting scholar at both the University of Bologna and Stanford University. He is married and has one daughter, Luciana, and is a native of Sonoma County, California. His family have been sheep and cattle ranchers in Marin and Sonoma counties since 1910.